A few things to keep in mind:

1. All the fishing guides on our site are independant. They offer a great service and most guides offer a fish guarantee.

2. The phone numbers we provide are direct numbers. We at Trout Hollow want the best for you as our guests so we do our share of investigation to ensure we have the right ones on our site.

3. Keep in mind it never hurts to use a guide one tme to find the fishing spots and see how they do it. 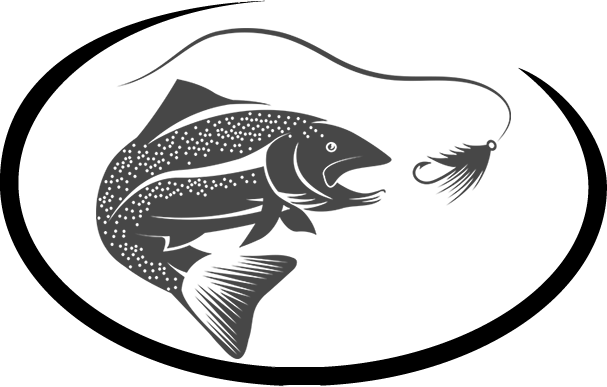 All our Guides are NOT employed with Trout Hollow Lodge or Subcontractors.

Come join Branson Missouri’s White River Outfitters Fishing Guide Service for excitement and fun on either World famous Table Rock Lake, or the Crystal Clear waters of Lake Taneycomo. Bill Babler, your USCG licensed Guide has been hosting fishing trips on the White River chain of lakes for the past 20 years.

I have 2 beautiful daughters and an amazing wife Mary (which is the best catch I have ever caught). They are my inspiration and my greatest blessings.

I have lived in the Branson area since 2004 but have fished Table Rock Lake and Lake Taneycomo since I was a kid. My family would come here on vacations and I fell in love with the beautiful Lakes, the Branson Area and the relaxed lifestyle here. After years of asking Mary to move to Branson she finally agreed and now we get to call home what others call their vacation. What an incredible blessing for which we are extremely grateful!

I hold a Real Estate license, I also own a small advertising company and I teach Bass fishing techniques at Gibson Tech, but guide fishing is my passion. Nothing brings me a greater sense of purpose than when I can share my love and admiration for fishing in the beautiful surroundings that I have the privilege to call home. This passion is what drives me in giving each and every one of my clients a personalized experience that they won’t forget. Catching fish is relaxing, exhilarating, fun, and captivating. I want to make sure you experience all of those things and more.

As your Captain I can promise you a safe trip full of fish tales, personalized service, beautiful scenery and a memory that will last a lifetime!​ 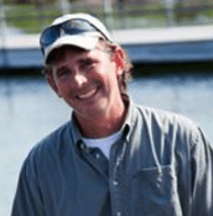 They are a USCG licensed and insured Branson Fishing Service that invites anyone to Lake Taneycomo and Table Rock Lake in Branson Missouri! We hope you are ready to relax on your guided fishing trip and enjoy a beautiful day on the water in Branson Missouri! BGFT is a Multi Species Fishing Guide Service and the only Fishing Guide Service with multiple large boats rigged for our clients comfort and safety. We offer trips to clients from 1 guided person to large groups and families up to 6 persons guide service year around on Lake Taneycomo and Table Rock Lake. We are here to give you the best fishing that the Branson Missouri area lakes and rivers have to offer with the most comfort we can possibly show you! Branson Fishing Guide offers a complete professional guided fishing trip for everyone from the beginners and families all the way to the seasoned tournament pro! So come learn a new type of fishing and bring the Wife and the Kids! Lets go fishing! BGFT’s can offer one guide or 10 guides to cover all size of groups and companies events. With over 20+ years of tournament fishing and guiding experience we can teach you all of the tricks and techniques to fishing deep clear waters of Table Rock Lake and the cold clear Trout waters of Lake Taneycomo in complete comfort with our larger boat fleet within a short cast of Branson Missouri 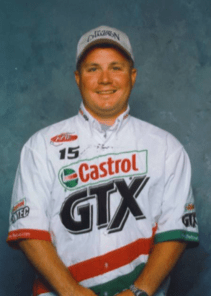 Baseball and Fishing. Two of life’s noteworthy passtimes. Two of our country’s most loved sports.

Meet David Buchek. A man who has an extreme passion and talent for both.

After signing with the St. Louis Cardinals as a minor league infielder, David later went on to become the Strength & Conditioning Coach and head bullpen coach for the Springfield Cardinals. Soon after, David worked 10+ years as a baseball instructor and personal trainer to women, men & children of all ages- helping people reach their goals, enriching the lives of others.

During his career in baseball and training, David soon realized that he had been neglecting his true passion in life- FiSHiNG.

Ever since he could remember, David has enjoyed fishing Table Rock Lake with his father. Throughout the years, David has perfected fishing techniques and has come to realize that fish life is the only life. David recently obtained his Captain’s license- allowing David to turn his life’s passion into a career. With hopes to instill the love of fishing in others young & old & to educate people on the sport, David currently hosts guide trips on Table Rock Lake, Lake Taneycomo and Bull Shoals Lake. 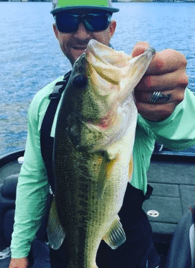 With the support and hard work of my son Marlin and my daughter McKenna we are thrilled to bring you Chartered Waters with its many great services. Born in California, we then moved to Pennsylvania where we used to troll for trout in one of the big impoundment lakes there using big flashing dodgers with a little wet fly trailing behind. We then moved to Lebanon, Ohio where I spent most of my youth chasing every kind of fish that swims. I took regular pilgrimages to the Mad River in northern Ohio chasing high pressured rainbows there. Lake Erie smallmouth were one of my favorite targets as well and to this day I had one of my best fishing days of my life on Lake Erie camping on South Bass Island one spring weekend with my brother. We caught the perfect conditions that weekend and in one day I managed to catch a 5 -1/2 pound smallmouth, a 7 lb Walleye, a 4 pound white bass, a 9 pound drum and a surprise bonus coho salmon about 7 lbs. It was one of those magical days my brother and I still talk about catching 4 fish eligible for Fish Ohio awards. Around the age of 11 I bought my first fly rod. A big ole honkin 9 wt and honestly, I didn’t really know there were different sizes of fly rods. I taught myself how to cast through trial and error. I whipped off more than one of those cheesy Kmart dry flies before understanding the 10:00 – 2:00 rule and pausing between strokes. I never used backing or leaders…didn’t know what they were at first but I did figure out myself that tying on lengths of regular fishing line decreasing in size down to the fly would make me cast better. From there I got a few books and started to learn about some of those “details” like backing, tapered leaders, matching the line size to your rod…flies other than dry flies. I tied my first fly at age 15. A black nosed Dace pattern shown in a book that came in the kit that my mom bought me. I threw that thing around my dad’s farm pond clumsily at first and I was always frustrated how those largemouth would swim up to it quickly then stop short of hitting it while I stripped it in. Once after a particularly bad cast I was stripping it in as fast as I could to recast when a 2 lb bass just raced up from nowhere and hammered it. I may not be the sharpest tool in the shed but I did realize what happened in that scenario. The fast retrieve simulated an escaping baitfish which triggered a reaction strike from those largemouth. It was one of the first experiences I had with figuring out a bite with a fly rod and it has remained with me to this day. I went from thinking these fish can’t be caught with a fly rod to thinking…ANY fish can be caught with a fly rod. 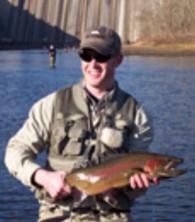 My name is Chris Tetrick. I’m a full time fishing guide here on Table Rock Lake and Lake Taneycomo. I am a United States Coast Guard licensed and fully insured. I love fishing here on all these Ozark’s lakes and chasing Bass or Trout, or any other fish that bites and fights. I manage to spend over 200 days a year doing just that. When I’m not guiding folks, I still find myself out on the water fishing. Some of my best friends are fellow guides here on the lakes that I love to fish with in our time off for fun or tournaments. When I’m not fishing I’ll be doing something related to it. Working on tackle is a never ending job for me. I like to keep all my tackle, equipment and boat as clean and organized as I can. I also really like making a lot of different fishing tackle and lures. Pouring jig heads, weights, painting lures and tying jigs is a hobby of mine.

I was born and have lived here in the Ozarks my whole life. I began fishing when I was 3US-CoastGuard-Seal.svg years old in the early 80’s with my Dad. Pop’s would go every weekend and would almost always let me tag along with him and his buddies. He had me running the trolling motor and loading the boat by the time I was 9. Until I got out on my own pretty much every weekend we’d be fishing somewhere and still do a lot of fishing together. Growing up I also spent a lot of time fishing with my Grandparents and Uncle when I’d go visit. They’d take me to Norfork or Bull Shoals Lake or floating down a river fishing for Smallmouth. In high school me and my buddies would frequently go looking for places to fish off the banks. I bought my first bass boat when I was 18. A 16′ Bass Cat with a 75 h.p. Mercury on the back. Nothing seemed greater in the world to me than being able to drive to a boat ramp, put my boat in and fish where I wanted to. Almost always it would be on Table Rock. seems like I could never stop chasing them fish. In a way, this was sort of like going to college for me. Fishing the lake as much as possible learning the lake and how to fish it the best I could for what would later be a profession. 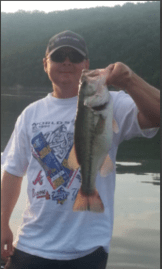 Come fish with us

Come Stay with us